Lukas Swart talks to James Kennedy about his experience as a business rescue practitioner. 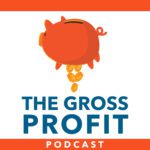 Lukas Swart from Swart & Associates talks to James Kennedy, CEO of ProcurementExpress.com, about his experience as a business rescue practitioner. If you’re unsure about what this profession entails – stick around. He gives some insights into the companies they work with and their communication with all stakeholders, from banks and creditors to tax officials and investors. Lukas also talks about his other passion – providing a haven for big cats at Ubuntu Wildlife Sanctuary. Tune in for a fascinating conversation!

Lukas was born and raised in South Africa. He then did a 4 year financial degree there in the mid 80s and after that, he set up an accounting practice (that is still there to this day!) In 2002, Lukas and his family decided to move to Ireland and they lived there until 2017. Most of his time in Ireland was spent still being in practice in the finance industry, with a few national and international companies.

What Are The Advantages Of Being In Practice Vs. In Industry As An Accountant?

Personally, Lukas found auditing, for example, to be monotonous. Thankfully, there are people who enjoy that kind of thing though. His personal opinion is that you have to go through both sides of it. You have to practise for a certain amount of time to get a base knowledge of what’s happening before going into the industry aspect of it and in his case, he decided to do 4 years of practise before working in industry. Once he started working in industry, he noticed that it was easier because there’s a better chance to help a company that is in trouble, rather than move into a senior role.

He notes that after moving from South Africa to Ireland, he realised there were big differences between each of the systems and that was definitely a culture shock! He found that the system operated better in Ireland and in South Africa, the system was more broad.

An example is that an Irish auditor coming into your company to audit will come in and do the VAT, the PAYE and they will do the whole operation’s tax. In South Africa, they are more specialised, so there would be VAT inspectors for example and so on. As far as company law goes, things weren’t that different, but from a tax point of view, things were completely different.

All About Business Rescues in South Africa

How Do Owners Of Business Rescue Businesses Typically React?

Business rescue practitioners are obliged to report any allegations. If someone has owned their business for 10 or 20 years, they find it hard to give over any power. Lawyers used to run the business rescue operation and with all due respect, lawyers don’t know how to run businesses, they know how to close them. Therefore, there was definitely a bad connotation with going into a business rescue.

Are There Investors Who Are Looking For Business Rescues To Invest In?

Business rescue gives people a good tool to restructure businesses. In a lot of cases, if you have a business that has quite a few good assets and it is doing well, but you are sat with a big tax bill that you need to pay; if you have an opportunity to trim that business down, you can make a good business out of it.

Lukas always thought he would like to get involved with animal rescues and welfare. One day, he met up with a friend from school who had a vision of making a sanctuary that sets the standard for animals being held in captivity and Lukas is incredibly passionate about the sanctuary they have created.

Surprisingly, you can’t just take a lion who has been in the circus, for example, and then set him free in the wild. There has to be some form of captivity. Ubuntu Wildlife Sanctuary rescues animals from all around the world and they have over 1650 hectares they are using to bring in more animals. They work on a system where they have volunteers who come to the sanctuary using Salesforce for VTO. Each salesforce employee gets 1 week of VTO time that isn’t a part of their normal leave, as long as they do charity work.

If you want to take a look at or donate to Ubuntu Wildlife Sanctuary, click on the link below!

This podcast is tagged under:
PrevPrevious EpisodeBanking-as-a-Service: Neobanks and how they Work
Next EpisodeStartup DNA: Scaling a software businessNext 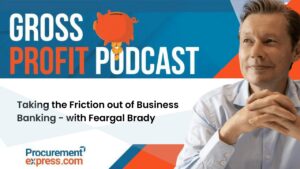 Taking the Friction out of Business Banking – with Feargal Brady

In this episode of The Gross Profit Podcast, James Kennedy chats to Feargal Brady, co-founder and CEO of NoFrixion. Feargal previously co-founded and later sold 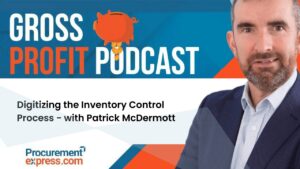 April Procurement News Round Up