How To Reduce Risk On Construction Projects 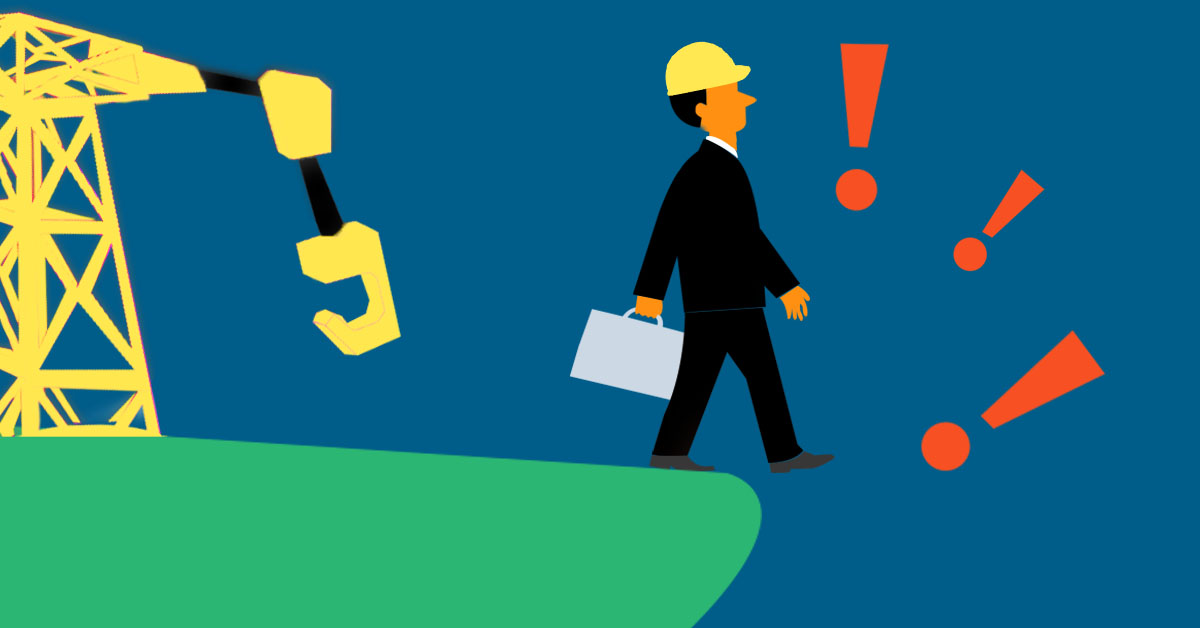 Do you know if any of your projects are at risk?

A huge topic of discussion in the Construction Industry consistently, is the scope of financial risk on a construction project.

Some of these contemplations are:

Why do these financial risks take place

Today’s listless economy and the resulting credit crisis is causing project scarceness and project owners may not have the access to capital  they are accustomed to. That may mean projects are not sufficiently funded to ensure a high-quality outcome or to withstand surprises that result in added costs and slimmer margins.

For many project-based CFO’s, having the ability to estimate what a project will cost is a necessary skill to have, but a difficult one to master. While some projects are prepared or settled in advance others can be harder to calculate. What to do when you can’t afford a QS and you heedlessly bid less than a project ends up costing you?

I am a contractor and I have underbid a house by $14000. The project is almost completed and just figured that out. I can not afford this loss. What can I do besides bankruptcy? I have copied all the bills and gave them to the homeowner to try to get him to help me out.

To avoid the pitfalls of underfunded projects: set a realistic budget, and interview and hire the best consultants and contractors available. If you’re afraid of not getting the job, you’re still better off than tendering too low.

If part of your team is inexperienced it may be difficult for other team members to have the time to atone for these shortcomings. A project manager that is inexperienced or who does not have the owner’s best interest in mind can also present problems to a project.

A large operation facility was to be built. The owner’s representative hired a very large engineering firm with experience in designing petro-chemical plants. not buildings.  Since this firm had little current experience with energy efficient HVAC systems they designed a top of the line system that keeps the boiler running year round. If the AC is too cold in a room, hot water is sent through the coils in the air duct to bring the room temperature back into the desired range. As you can imagine, the owner is wasting loads of energy by having the two systems fight each other to keep a desired room temperature. Unfortunately the owner’s representative let this issue go and it was installed as designed.

Too many contractors design data centers where the level of the electrical systems are extreme 2N while leaving reliability gaps in the mechanical infrastructure. They do not understand enough to realize that cooling is as important as electrical power redundancy.

Another problem for too many consultants is that they do not take facility operations into account when designing a data center. Little room is left for the storage of spare parts & tools and systems are so complicated to operate that outages due to human error is common.

A proven way to find good contractors to add to your bid list, is to ask design consultants to refer contractors with whom they have worked with on successful projects.

Poor planning will most certainly lead to problems and an increase of unexpected events.  Taking the time to plan all phases of the project and then revisiting the plan prior to starting construction or a key construction event will help flush out problems. This will give the team time without the pressure of stopping work to seek acceptable solutions. Planning helps the team bring all the resources, materials and tools together at the right time.

A project at a data center had been approved for the installation of several large satellite dishes.  At this facility there was a roof over the mechanical and electrical rooms that had already been set up for expansion. The foundation, columns and beams that supported the deck were already sized to support a new floor. The actual roof deck was a floor deck including the concrete slab.

The structural engineer who designed the building was asked if the dishes could be put on this roof/floor area. His response was “no, there is too much weight.”  The dishes were installed on the ground instead of on the roof.

Several years later, the center needed to expand and the dishes that were now located on the ground were in the way. The the structural engineer, was performing a site survey and the question arose about where to move the dishes.

The structural engineer said “put them over there on that roof” – the roof that was supposed to be used for future expansion. The owner asked him why he had said several years earlier that the roof/floor could not support the dish. The engineer’s response was, “Oh, I thought they were talking about that roof”. “That roof” was the roof over the data center which was not set up for extra loads. This mistake cost the owner over $100,000 to move the dishes. If the owner’s representative had spelled out which roof he was referring to or the engineer had specified which roof he was talking about this problem could have been avoided.

There are a few factors that can lead to a contractor defaulting, i.e. repayment of monies advanced, liquidated and other damages, excess cost incurred by the customer, termination of convenience.

A large office building was leased for hi-tech office space.  It was up to the lessee to make interior changes to the facility.  A very well know national architect was hired to provide demolition plans and renovation plans.  Everything was going well on this project until the building inspector came to sign off on the certificate of occupancy.  The building inspector determined that the company could not occupy the building because all the fire exits were in the center of the building and not separated by firewalls.

The architect failed to recognize that because the emergency stairs were in the center of the building they had to be separated by a fire wall giving occupants several safe exits out of the building.  Upon further investigation it was discovered that the architect had removed the walls not realizing their function as fire walls. The layout of the offices had to be changed and the client was delayed by over two months until new fire walls could be built.  This mistake cost the client well over $150,000.  More time spent by the architect and a sit down meeting with the building inspector may have caught this error before construction started.  Also, perhaps, a little more time spent reviewing the design documents by the building department may have caught this in time.  Although one could say the building department was partially to blame they are not responsible for finding errors on drawings.

Theft and fraud take many shapes in construction. It is often difficult to control as we depend on many people, subcontractors and suppliers. Project sites are often spread out and unsecured.

We need to be ever vigilant and ensure that there are checks in place that will detect when fraud or theft have occurred. Not only will this be a deterrent to potential fraudsters and thieves but it will enable steps to be implemented to prevent more theft.

One of my projects was in a remote area of a foreign country in a joint venture with another contractor who was the lead partner.

The project required about twenty thousand cubic metres of concrete, which was produced from our concrete mixing plant on site. The plant used cement which we transported, using two of our own cement tankers, from a cement factory six hours drive from the site. The project was constantly delayed due to a shortage of cement.

In the second month, I noticed we were losing money on concrete materials, and when I queried this, I was told the client had instructed us to use additional cement, the costs of which we would be claiming from the client.

More months went past and the loss on concrete materials got worse. When next I visited the site, due to the infrequency of flights, I had to spend several days there, so had time to do the concrete material reconciliation myself.

On investigation we found that when our drivers returned to the site with a load of cement they made a detour, stopping off and discharging the cement from one of the tanker’s compartments, which they then sold. In fact, a third of every load of cement was being stolen from the truck en-route to the site.

Tweet this: Construction businesses build reputations around their ability to create strong, reliable structures that stand the test of time.

How to reduce your projects risk

Construction businesses build reputations around their ability to create strong, reliable structures that stand the test of time. Because of this very important distinct fact, precautions and all the involved factors need to be taken into account before planning your project:

Construction business owners are constantly assessing on-the-job risks, but it’s critical for them to keep an eye on the common issues that bankrupt their peers. Following are tips for every construction executive to help manage risks.

From day one, construction executives need to carefully plan budgets, project cash flow numbers, track monthly spending, and manage customer invoices and payments. Without a system for monitoring and planning this information, some companies are destined for disorganization right out of the gate.

Among the most important elements of all project management, communication is essential to every phase of any construction project.

Customer loyalty is a major key to any successful organization, and it takes a top-notch team to help foster positive, ongoing customer relationships. It is important to ensure your employees have access to updated technology tools that make customer service a breeze.

A tool that is mobile for all construction workers to link to it at any time. A tool that remembers everything so you don’t have to, you never have to wonder what has been spent on what and by whom because you have an updated record of it at all times.

No construction project manager has the time to reply to hundreds of emails a day or use the phone to call and address every question about budgets and progress. You can cut down further correspondence by implementing automated reporting systems. 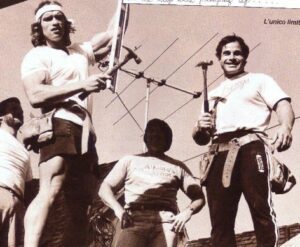 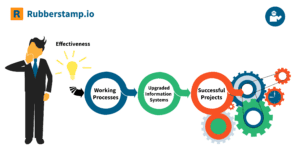