A trusted and long serving member of staff in a very busy UK council was issued with a credit card. This individual was highly trusted by management and had worked at the council for a number of years in a high pressure role that involved helping vulnerable people.

The manager of this individual did not properly check credit card payments as they were under considerable pressure themselves and drowning in administration tasks.

As a result of time pressures and the fact that the staff member was a trusted member of the team, the manager would just skimming through transactions in an email and authorise all payments and as long as they looked “OK”.

Following a change in the management team, suspicious transactions that didn’t look right were identified and the matter was referred to the Counter Fraud Services Team.

Following an investigation, it was established that this individual’s credit card had been used on over 100 occasions for personal items over a two year period. The value of the illegal transactions uncovered (which included payments for holidays and vehicle repair) was around £8,500.

Horror Story 2: Council fails to carry out due diligence when choosing a key supplier

As part of an employment scheme, the council agreed to train ten people so that they would have a good chance at securing employment with a local asbestos removal firm that required qualified personnel.

The council’s employment team arranged for a course to take place through an external provider. It later transpired during an external audit that the consultant that was due to start the training was not appropriately qualified and was also the partner of the person at council level that had arranged the training.

Furthermore, the consultant was listed as a ‘Disqualified Director’ on Company House documents. The contracted company itself was also not registered to provide asbestos removal training as is required by UK Law and had supplied the council with a false VAT registration number.

It was only through an external audit that this information came to light. Further investigations showed that the council had failed to carry out proper due diligence when selecting suppliers of good standing. If this training had gone ahead, the certification issued at the end of the training would not have been worth the paper it was written on and in the event of an accident the council would have been held partly responsible.

Horror Story 3: A serial fraudster steals £60k from council and lands his colleagues in hot water

A transport manager hired vehicles for personal use at a cost of over £18,000. In each instance the individual’s name was used as the PO reference, rather than the Council’s name. The individual was able to secure approval and payment by asking fellow colleagues for a signature.

Several other instances of fraud occurred before eyebrows were raised in the council. In total the transport manager’s actions resulted in monies, goods or services with a total value of £60,882.16 being ordered or obtained at a cost to the Council from seven suppliers. At no time did officers that authorised the transactions have any sight of the invoices they approved.

Following a council whistleblowing referral relating to another matter, enquiries were made which identified concerns regarding the actions of this transport manager. Several staff members faced disciplinary action and it was found that the transport manager had secured his role with fraudulent references. A thorough reference check would have revealed the individual was actually a serial fraudster. A three-year custodial sentence was served.

A company was set up by a businessman in his wife’s name and used to overcharge the Council’s highways department for a large number of low value items, such as cutting blades, black sacks and tool containers.

A store officer in the council’s highways depot, colluded with the businessman and deliberately placed orders with the company. The pair would get together and arrange for a high volume of low value items to be purchased by the council.

This fraud was only discovered when a new logistics manager started working with the council and stumbled upon a number of suspicious orders. The businessman was jailed for two years and the store officer for three years, for defrauding the council out of £100,000. The businessman’s wife received a suspended sentence.

This situation could have been prevented or caught earlier if the council had an adequate system in place to prevent spending errors and fraud. This case is a good example of a council with very poor internal controls. Because the council did not have order authorisation, price validation and budget monitoring controls in place, they are now 100k out of pocket.

The council decided to analyse spending to ensure compliance with procurement rules. When they found that one supplier had received £126,000 in the space of one year without any contract being in place they were horrified.

Investigations were carried out. The housing department official’s email account was inspected and worrying communications were found. The official was interviewed under caution and made a full admission before being suspended from the council pending a disciplinary hearing. The officer resigned the following day and left the council before the disciplinary hearing was held.

The supplier was also interviewed under caution but gave no comment. The council ceased using the supplier and removed them from the contracts list. A full file was shared with HMRC relating to the supplier’s affairs.

Don’t be a victim Why Your Team Will Embrace ProcurementExpress.com

Learning new software is not on your team’s list of favorite things to do.  People tend to resist change, and most would rather stick to 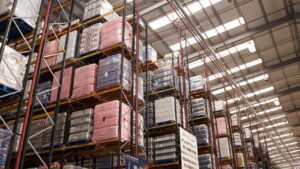 3 Tips to Minimize Your Risk in Supply

Building positive relationships with your suppliers can make the procurement process smooth for your business in the long run.